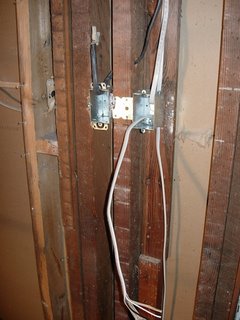 Last night I spent 3 hours installing (2) new outlet and (2) switch boxes in the dining room. I originally thought it would only take an hour, maybe an hour and a half. But it generally never goes as planned. On one of them, I had to fit a box in a 2" space between two studs. That had to take some creative chipping/sculpting of part of the stud to get to fit.

The pictures below show a before and after of adding the outlet box in a specific location to fit within the panel wainscoting that I'll be installing later. Don't you hate it when you go to unplug something and the entire box and outlet comes out? That was the situation with these outlets before last night. 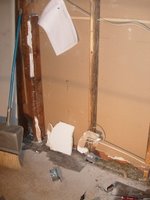 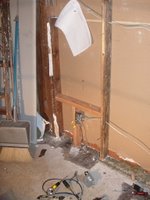