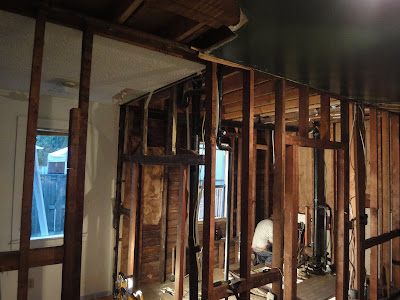 Another shot from the kitchen into the bath and part of the bedroom that we’ll steal from to add a little breakfast nook.

Gary had a brilliant idea after I mentioned that I was going to miss the daylight from the bathroom window that would light up the kitchen in the afternoon. It was to steal half of the bedroom space that included a window, and turn it into a nook with a place to sit to eat At first I dismissed the idea, but after some thought, I realized this would solve a few other issues that I had been struggling with through the design, namely the problem of where to sit. Of course, the bedroom becomes smaller but instead of a long, narrow and awkward room, it’s just a little more cozier. Yeah, that's the ticket! 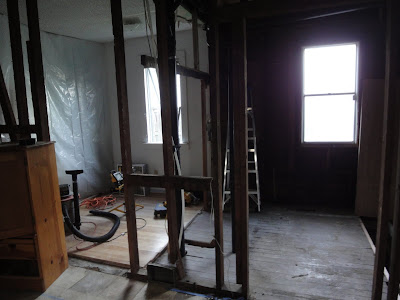 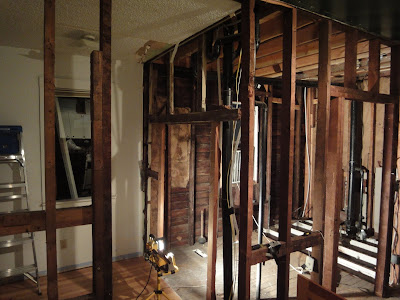